THE SCIENCE OF LOSING HAIR

WHY THINNING AND SHEDDING OF HAIR OCCURS IN MEN & WOMEN: IT’S IN OUR GENES...

According to the American Hair Loss Association, by the age of thirty-five two-thirds of American men will experience some degree of appreciable hair loss, and by the age of fifty, approximately 85% of men have significantly thinning hair. SHAPIRO MD is a revolutionary, science-driven solution containing powerful, all-natural ingredients that can help. Formulated by board-certified dermatologists, SHAPIRO MD’s patented formulation contains specific naturally occurring ingredients that have been shown in independent clinical studies to combat DHT, a byproduct of testosterone produced in the hair follicles that is widely believed to trigger genetic hair thinning. Thinning hair can quickly progress to baldness as hair follicles become inactive, stop producing hair and eventually die.

Testosterone enters the hair follicle cells through gateways known as androgen receptors. Inside the cell Testosterone undergoes enzymatic reactions. A byproduct of this process, Di-Hydro Testosterone (DHT) is the root cause of shedding and thinning hair. 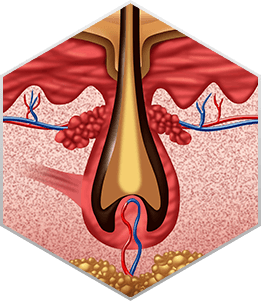 The enzyme 5-alpha reductase (5AR) is present within the hair follicle cells. This enzyme is responsible for converting testosterone to DHT.

DHT interacts with the DNA of the hair follicle cells, activates the hair loss genes and inhibits normal hair growth. 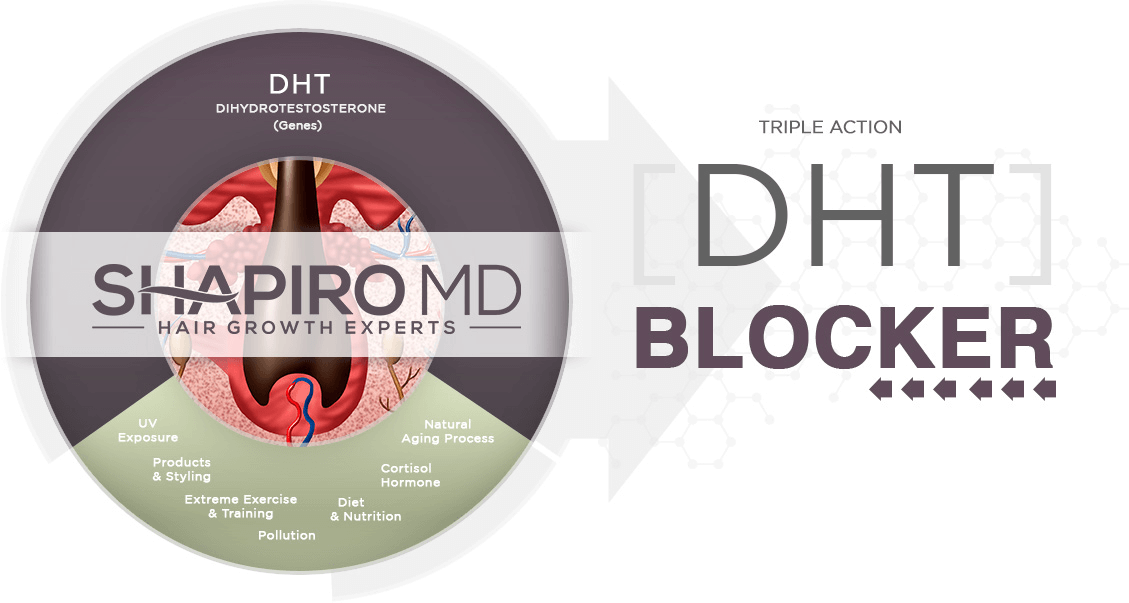 Get Started with Our Triple-Action Hair Care Aid Today! 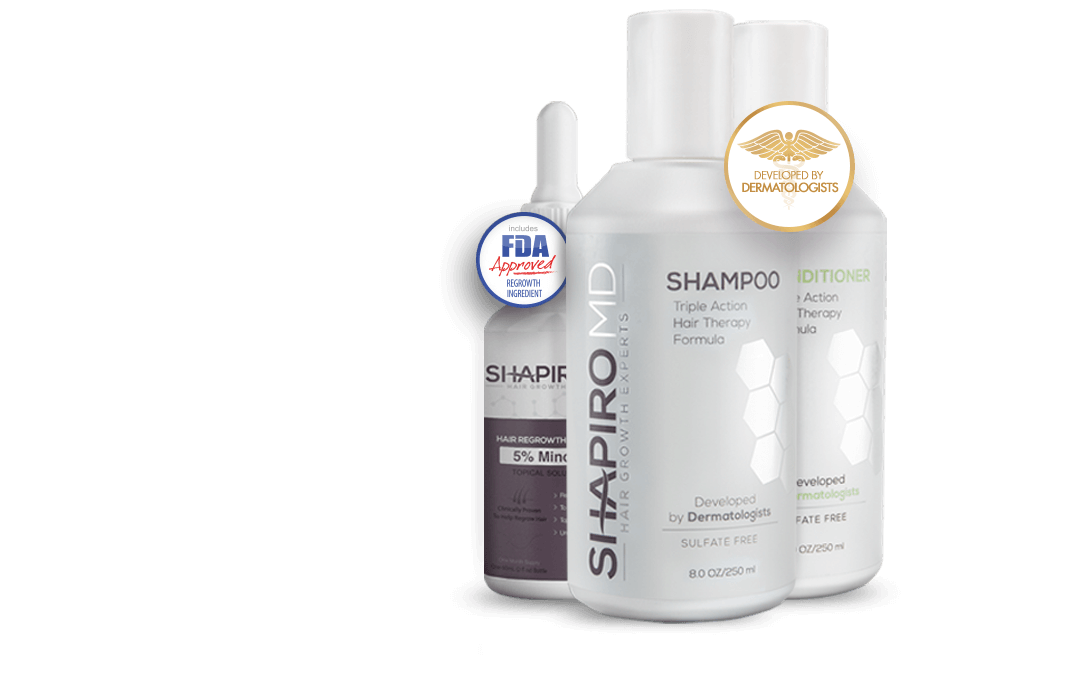 Our triple action shampoo and conditioner has helped tens of thousands men and women change their appearance for the better. If you don’t see thicker, fuller looking hair within our 60-day satisfaction guarantee, simply request a refund.

Shapiro MD’s products contain 3 powerful, naturally-occurring DHT blocking ingredients that have helped tens of thousands of people improve the thickness and fullness of their hair. Our patented formulation contains the precise amounts of each ingredient for maximum results.

*Results may vary from person to person based on a variety factors.